New to Predictive Sales AI? We’ll help you get started with our training webinars. Learn More

In the final stages of creating and launching an ad through Ads Manager, you'll be prompted to set your ad spend on Facebook, as shown below. This article explains what Facebook ad spend means and how it works.

This criteria is set on the Launch Parameters page, shown below. 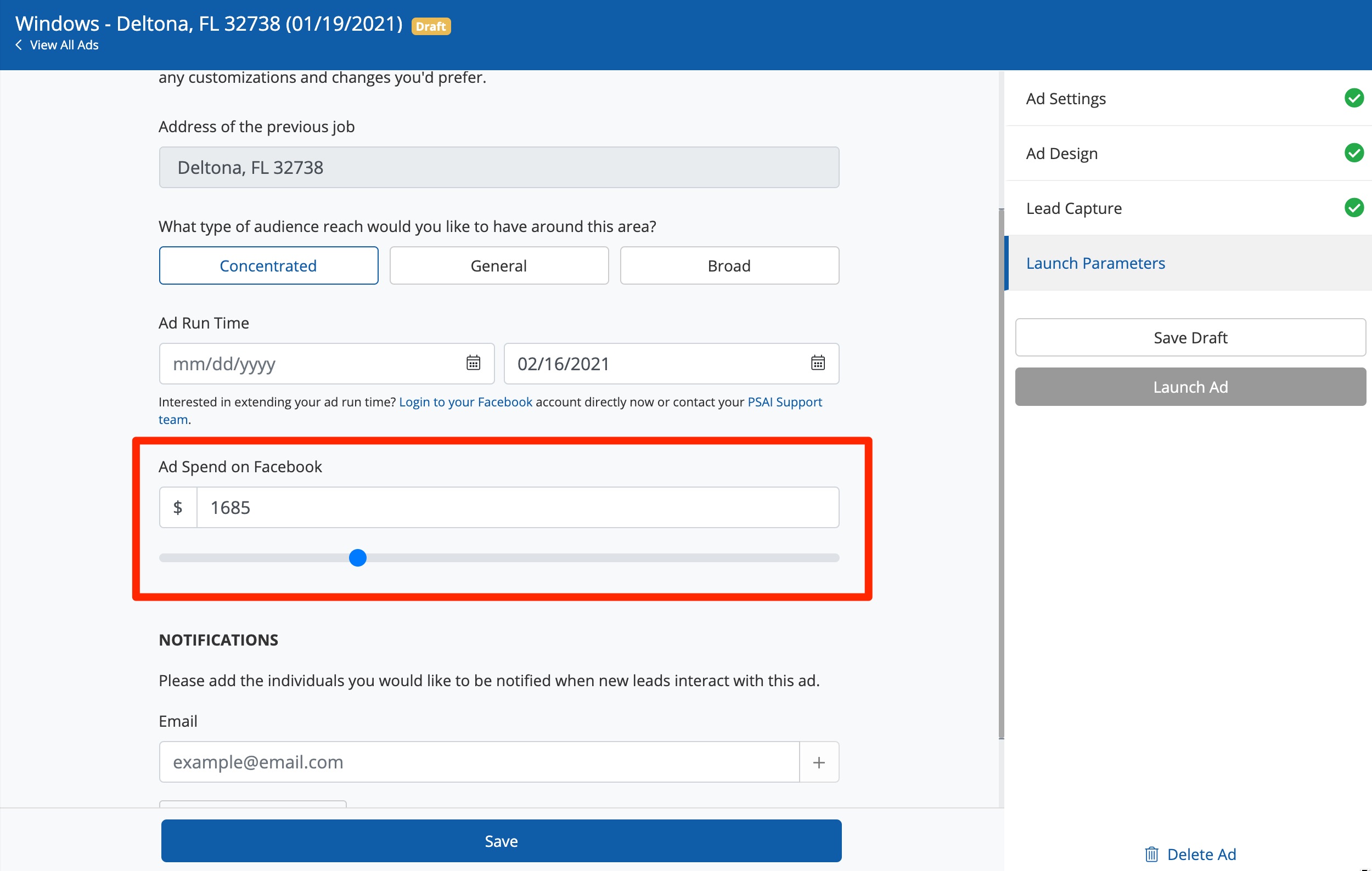 If you set the ad spend to $1,000, for example, then your ad would run until that maximum of $1,000 has been fully spent. At that point, your ad will stop running because the budget has been reached.

You can learn more about Facebook's ad policies directly from the Facebook Help Desk:

Articles In This Section

Can't find what you're looking for?

Request sent. One of our team members will respond shortly about what you sent.
There was a error processing your request. Please supply a valid response to the fields marked as an error below.